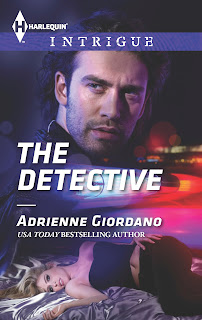 She’s captured his heart…and the attention of a murderer.


Injured homicide detective Brodey Hayward needs a distraction, and he finds it as a consultant on a cold case murder. When Brodey’s investigation delays plans to remodel the former crime scene, he uncovers another kind of distraction: spirited Lexi Vanderbilt. Despite her distrust of men, Brodey charms the alluring interior designer into helping him examine the case facts.


Working closely with the ultrasexy detective helps Lexi lower her guard, igniting a passion that even Chicago’s winter can’t cool. As they close in on the killer, Lexi becomes his new target. To save her, Brodey must either betray her trust—or risk losing Lexi forever.


Lexi Vanderbilt’s mother taught her two very important lessons. One, always wear coordinating lipstick, and two, recognize an opportunity when it presented itself.


Standing in the ballroom of the newly renovated Gold Coast Country Club, Lexi planned on employing those lessons.


All around her workers prepared for the throng of club members who would descend in—she checked her watch—ninety-three minutes. As the interior designer about to unveil her latest masterpiece, she would spend those ninety-three minutes tending to everything from flowers to linens to centerpieces. A waiter toting a tray of sparkling champagne glasses cruised by. She took in the not-so-perfect cut of his tux and groaned. The staff’s attire wasn’t her jurisdiction. Still, small details never escaped her. At times, like now, it was maddening.


Oh, and just wait one second. “Excuse me,” she said to a woman carrying a stack of tablecloths. “The sailboat ice sculpture belongs on the dessert table by the window. The Willis Tower goes by the champagne fountain.”


The woman hefted the pile of linens, a not-so-subtle hint that the sculptures weren’t her problem. “Does it matter?”


If it didn’t, I wouldn’t ask. Lexi sighed. “It matters. Unless you’d like to tell your boss, who specifically requested the placement of the sculptures, that it doesn’t.”


For added effect, Lexi grinned and the woman rolled her eyes. “I’ll get the busboys to move it.”


One minicrisis averted. And maybe she could have let that one slide given that the club’s manager had to be 110 years old and most likely wouldn’t remember which sculpture went where, but why take a chance on something easily fixed?


Besides, tonight everything had to be perfect.


Functions attended by the richest of the rich were a breeding ground for opportunities. Opportunities Lexi craved for her fledgling design company. At twenty-nine, she’d already been profiled by the Banner-Herald and all the major broadcast stations in the city. She was quickly gaining ground on becoming Chicago’s “it” designer, and that meant dethroning Jerome Laddis, the current “it” designer. He may have had more experience, but Lexi had youth, energy and fresh ideas on her side. A few more insanely wealthy clients touting Lexi’s work and look out, Jerome.


Then she’d hire an assistant, rehab her disaster of a garage into an office and get some sleep.


Right now, as she glanced around, took in the exquisite silk drapes, the hundred-thousand-dollar chandelier and hand-scraped floor she’d had flown in from Brazil, no questions on the tiny details would haunt her. She’d make sure of it. Even if stress-induced hospitalization loomed in her near future.


The upshot? She’d lost five pounds in the past two weeks. Always a silver lining.


Lexi turned, her long gown swishing against the floor and snagging on her shoe. She smiled at Pamela Hennings while casually adjusting her dress. Darned floor-length gowns. “Mrs. Hennings, how nice to see you.”


Mrs. Hennings air-kissed and stepped back. On her petite frame she wore a fitted gown in her signature sky blue that matched her eyes. The gown draped softly at the neckline, displaying minimal cleavage. As usual, a perfect choice.


Being a club board member, she had no doubt shown up early to make sure the unveiling of the new room would be nothing short of remarkable. “Thank you. I enjoyed it. Just a few last-minute details and we’ll be ready.”


“Everything is lovely. Even the damned ice sculptures Raymond couldn’t live without. Waste of money if you ask me, but some battles aren’t worth fighting.”


A loud bang from the corner of the room assaulted Lexi’s ears. Please let that be silverware. She shifted her gaze left and spotted the waiter who’d passed her earlier scooping utensils onto a tray. Thank you.


Mrs. Hennings touched Lexi’s arm. “By the bye, I think I have Gerald convinced his study needs an update. All that dark wood is depressing.”


Now, that would be a thrill. If Lexi landed the job and nailed it, the top 10 percent of Chicago’s executives would know it. And competition ran hot with this social set. Before long, they’d be lined up outside her office for a crack at outdoing Pamela and Gerald Hennings.


“I think,” Lexi said, “for him we could leave touches of the dark woods. Macassar ebony would be fabulous on the floor.”


“Ooh, yes. Do you have time this week? Maybe you could come by and work up some sketches?”


“Of course.” Lexi whipped her phone from her purse and scrolled to her calendar. “How about early next week? Tomorrow I’m starting a new project that might eat up the rest of my week.”


“I’ll make sure I’m available. What’s this new project? Can you share?”


“The one from Cartright? How could I not? The entire neighborhood went into a panic.”


The residents of Cartright, the North Side’s closest thing to a gated community without the gates, employed private security to help patrol the six city blocks that made up their self-titled haven. That extra money spent on security kept the crime rate nearly nonexistent in those six city blocks.


Except for the offing of one crooked stockbroker.


“That’s the one,” Lexi said. “I’ve been hired to stage the house. The real estate agent suggested it to the broker’s widow and she hired me.”


“I heard they couldn’t sell. The market is destroying her. That poor woman. He left her with a mountain of trouble. He paid top dollar and if she lowers the price again, she won’t make enough to clear his debts. Add to that any retribution owed to the clients he borrowed funds from without their knowledge.”


As expected, Pamela Hennings was up to speed on the latest gossip. Gossip that Lexi would not share. Being told this information about a client was one thing. Sharing it? Not happening. “I’m looking forward to the project. It’s an incredible house.”


Being an interior designer didn’t always give Lexi the chance to change someone’s life. Her work allowed people to see the beauty in color and texture and shape and made their homes more than just a place to live, but she didn’t often get the opportunity to alter an emotionally devastating situation. Now she had the chance. Getting this house sold would free the broker’s widow from debt and give her children a comfortable life.


And Lexi wanted to see that happen.


Plus, if she got the thing sold in forty-five days, she’d make a whopping 20 percent bonus. The bonus alone would pay for an assistant and give her a life back.


Mrs. Hennings made a tsk-tsk noise. “They never did find the murderer, did they?”


“No. Which I think is part of the problem. I may do a little of my feng shui magic in there. Clear all the negativity out. When I’m finished, that house will be beautiful and bright and homey.”


“The debt, the children and now the police can’t find the murderer. And it’s been what, two years? No woman deserves to be left with that.”


Again, Lexi remained quiet. Don’t get sucked in. But, yes, it had been two years, and from what Lexi knew, the police were no closer to finding the man’s killer. Such a tragedy. “The case has gone cold.”


Sucked in. She smacked her lips together.


“You know,” Mrs. Hennings said, “my husband’s firm recently did some work with a pro bono cold case. I wonder if the investigator who worked on that wouldn’t mind taking a look at this. I’d love to see the man’s family given some relief. And, let’s face it, it would certainly be good PR for the firm.”


Investigative help wouldn’t hurt the real estate agent’s chances—or Lexi’s—of getting the house sold in forty-five days. “Do you think they’d be interested?”


Gerald Hennings, a.k.a. the Dapper Defense Lawyer, pushed through the oversize ballroom doors, spotted the two women and unleashed a smile. Even in his sixties, he had charm to spare. Salt-and-pepper hair and the carved cheekbones of a man who’d once been devastatingly handsome—all combined with his intelligence—added up to someone who ruled a courtroom.


“Gerald,” Mrs. Hennings said, “perfect timing. The board meeting will be upstairs. Believe it or not, we’re the first ones here.”


The Dapper DL eyed his wife with a hint of mischief, smiling in a rueful way that probably slayed jurors. “Shocking.” Then he turned his charm loose on Lexi. “Alexis Vanderbilt, how are you?”


“I was quite well until fifteen seconds ago when my wife announced my timing was perfect. That means I’ll either be writing you a healthy check or she’s volunteered me for something. Either way, I’m sure it will be painful.” 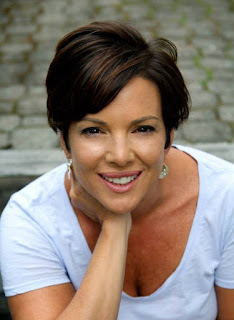 Tour-wide giveaway includes a $25.00 gift card to Amazon or Barnes & Noble, a swag pack and a signed print book!

You can follow the tour to learn more about the book and author through interviews and reviews! Just click on the link or button below.


Ramblings From This Chick (Interview)


All About High Heat Romance (Excerpt)


Happiness Is A Book (Review)


So Many Reads (Review)


My Book Addiction and More (Review)


Peaces of Me (Review)


A Little Big of R&R (Excerpt)

Becky on Books (Review)
Posted by Amy Manemann at 5:11 AM