Behind the Mask Blog Tour with Carolyn Crane! 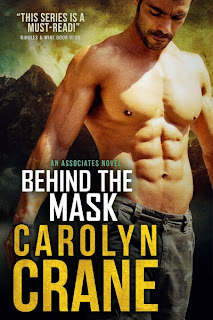 TO SAVE HER PROSTITUTE TWIN SISTER SHE HAS TO SWITCH PLACES WITH HER...


When her estranged sister is won in a card game by a brutal drug cartel, Zelda knows what she has to do: take her place. Save her. Focus on infiltrating the shadowy group--and try not to think about why she left the spying game years ago. She’s slept with dangerous criminals before; she can do it again.


Hugo Martinez is one of South America’s most lethal and wanted men, a legendary mercenary living on a windswept mountain. Even at the height of the war he wasn’t in the habit of taking women captive, but the American whore has seen his face. And he and the orphan boy need a cook. He shouldn’t want this woman, but there’s something so unusual about her…


Meanwhile, Zelda finds herself falling for her captor…but is he the killer she’s been hunting all these years? 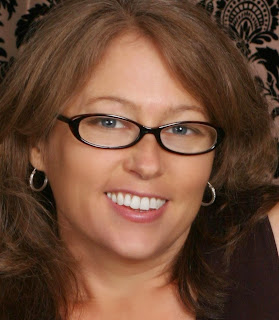 A note from Carolyn!


Hi! Hey, thank you so much for having me over to your lovely blog. It’s really nice to be here. Hi everybody!


Okay, I’m here with an excerpt of my new book, BEHIND THE MASK.


In Behind the Mask, my heroine, Zelda, masquerades as her sister, a prostitute, in order to save her when she is won in a card game by a brutal drug cartel…only to comes face-to-face with the legendary killer she spent years hunting back when she was in the CIA.


In this scene, she’s getting ready to pose as her sister. They haven’t seen each other for years.


Zelda rooted through her twin sister Liza’s suitcase. The thing was pink and orange and studded with rhinestones in true Liza style. It squeezed Zelda’s heart.


Zelda would carry it now. She’d do whatever it took to save her sister.


Liza brought over a pair of fuck-me heels, looking apologetic. Liza had looked apologetic a lot over the past twelve hours. “They’re a little crazy, but it’s what I’d wear,” Liza said.


Zelda took them and ran her finger over one spiked heel, thankful for the closed toes. She didn’t want Liza to see her toes. The men she needed to fool definitely couldn’t see them.


“Mikos knows they’re my favorites, though,” Liza continued. “It’s what I’d wear on a day like this. To make myself feel better…you know.” This last in an angry whisper.


Zelda nodded, glad Mikos would recognize the shoes. A strong visual cue went a long way toward fooling people, and she’d need all the help she could get during the twenty-minute limo ride to the airport. Even an active field agent would have a hard time fooling a shrewd and paranoid drug dealer like Mikos, and Zelda was six years retired.


Liza insisted that Mikos had no idea she had a twin, but you had to expect the worst.


“You probably can’t walk in them.”


“Oh, I can walk in them.” Zelda had walked in plenty of shoes like that. She put them aside and grabbed the bottle of red nail polish and shook it, feeling like she might actually throw up. When she looked up next, she found her twin watching her, pretty lips parted, eyes sparkling. The look brought her straight back to their childhood.


They hadn’t spoken for years, but in some ways, it was as if she’d seen Liza just yesterday. “When you were a spy, you mean? You would wear shoes like this when you were a fucking spy? Because, fuck, Zelda!”


“Fuck,” Liza said. “You were out chasing bad guys in different countries and wearing disguises and stuff, so I’m going with spy. All this time I thought you were a botanist, and instead you’re this spy?”


“I was still doing some botany as an agent.” Plants could tell you a lot, like whether a body had been moved and how long it had been there. Forensic botany was how she got into the CIA.


“So wild.” Liza was impressed. She shouldn’t be; a lot of spying, especially for the female agents, was done on your back. She and Liza hadn’t turned out so differently after all.


“I’m best behind a desk,” Zelda mumbled, although the truth was that she’d loved being in the field, loved being out there making a difference. Until a good agent had been killed because of her.


“You used to say the CIA did bad things. When we were in high school? Remember? You always had so many opinions on everything.”


“All the more reason to get involved. If you don’t like something, change it, right?” She was shaking the nail polish again, way too vigorously. She forced herself to put it down. “Tell me the limo ride like a movie. How you see it going in your mind.”


“I’ll show you.” Liza sat on the couch, draping a hand over the back and crossing her legs. Her pose was relaxed, cool, and angry all at once. “Because this is how I feel. Pissed. But not beaten. Don’t sit up all straight and attentive, like you are right now, or he’ll suspect. This kind of sitting says, ‘I’m fun. I’m the joy in your life, and you ruined it.’ That’s how I would be to make him feel bad for handing me over to some creep.” Liza shifted, looking relaxed and elegant now. “The way you take up space changes everything.”


God, that big attitude. That had always been the beauty of Liza—the wild, fabulous twin.


Again Zelda picked up the bottle of nail polish and shook it, wondering if she could put it on without trembling.


“Or this.” Liza shifted into another pose. Liza always had a knack for transforming herself into the picture of leisure fun.


Zelda didn’t actually need this lesson. She had Liza down cold—they used to switch places all the time, but Liza needed to feel like she was contributing.


“Mikos will want to fuck in the back of the limo,” Liza continued, “but under no circumstances would I fuck him. He feels bad—he won’t press it. I loved him. If he tries anything, you tell him, ‘I’m not a fucking poker chip to be lost in a card game. Some possession to be gambled away like cattle.’” The tears were starting now. It broke Zelda’s heart. Through all the trouble between them, all the hell of Liza’s drug addiction, she’d never stopped loving her sister.


“Okay, let me try.” Zelda changed her posture and mimicked Liza’s smooth tone. “I’m not a fucking poker chip to be lost in a card game like cattle, Mikos. Some possession to gamble away. So fuck you,” she added.


“Exactly. Motherfucker.” Liza grabbed a tissue and dabbed her eyes.


“Here—help me with this.” Zelda held out the nail polish.


Liza tossed the tissue and took the bottle, sniffling as she unscrewed the top. She grabbed hold of Zelda’s fingers. “You’re shaking.”


“I’m done with all that life, I promise,” Liza said. “I really promise this time—I won’t fuck up on you again. I’m so, so sorry—”


Liza finished a nail and lifted her gaze.


“I’m your sister, okay? And seriously, this is a gift. Do you know how great it is to get inside that cartel right now? Inside Brujos’s ugly, stupid palace? We’re going to get something we desperately need because of you.”


Liza looked dubious, but it was true. The Association had never been able to get on the inside with Brujos and infiltrate his cartel. The timing couldn’t be better. A nice, juicy file full of damaging intel on Brujos was a bargaining chip they could use to prevent a serious disaster that was brewing on the other side of the equator.


“Easy in and out,” Zelda said. Instantly, she regretted her choice of words. They both knew she might have to fuck a few bad men before the thing was done. “It’s so nothing,” she added.


“So nothing.” Liza frowned and concentrated on the nails. “You are so full of shit.”


Zelda used Liza’s voice. “You are so full of shit.”


Read more: Links for BEHIND THE MASK are here at my website.

Thank you so much for having me!

Buy Links for Behind the Mask:


(32)  Digital Copies of either Against the Dark, Off the Edge or Into the Shadows (winner’s choice & open internationally)

Happiness is a book (Review): https://happinessbook.wordpress.com


Reading by the Book (Excerpt): http://www.readingbythebook.com


So Many Reads (Excerpt): http://www.somanyreads.com


Peaces of Me (Interview): http://www.suespeaces.blogspot.ca/