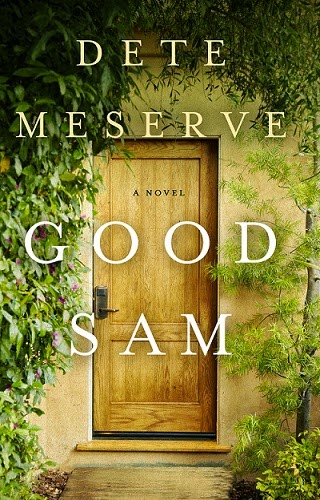 “Breaking News: this new author has managed to write a compelling mystery/love story with no dead bodies to be found. Bravo! Hollywood take note —author Dete Meserve takes us into a world not often explored, and writes fluidly, always leaving the reader wanting to turn the page (or Kindle, next!) Hot stuff!
—Barbara Schroeder, author Beverly Hills Confidential


What would you do if you found a bag containing $100,000 on your doorstep one morning?

After years covering murders, disasters and tragedy for Los Angeles TV news, Kate Bradley knows that violence and cruelty are everywhere and that good is hard to find. When she is assigned the story about ten people who have each found $100,000 in cash on their front porch, Kate is intrigued by the anonymous Good Samaritan, dubbed Good Sam, who is behind it all.

As interest in the free money sweeps across the country, Kate finds that the elusive Good Sam and her exclusive interview with him thrust her into the national spotlight. Even as his message captivates viewers and wins ratings, Kate suspects he may not be all he claims to be and that the real Good Sam is still out there.

Searching for answers, Kate unravels the powerful and unexpected reason behind the mysterious cash gifts, the true identity of Good Sam becomes the biggest surprise story of her career, turning her personal and professional life upside down. 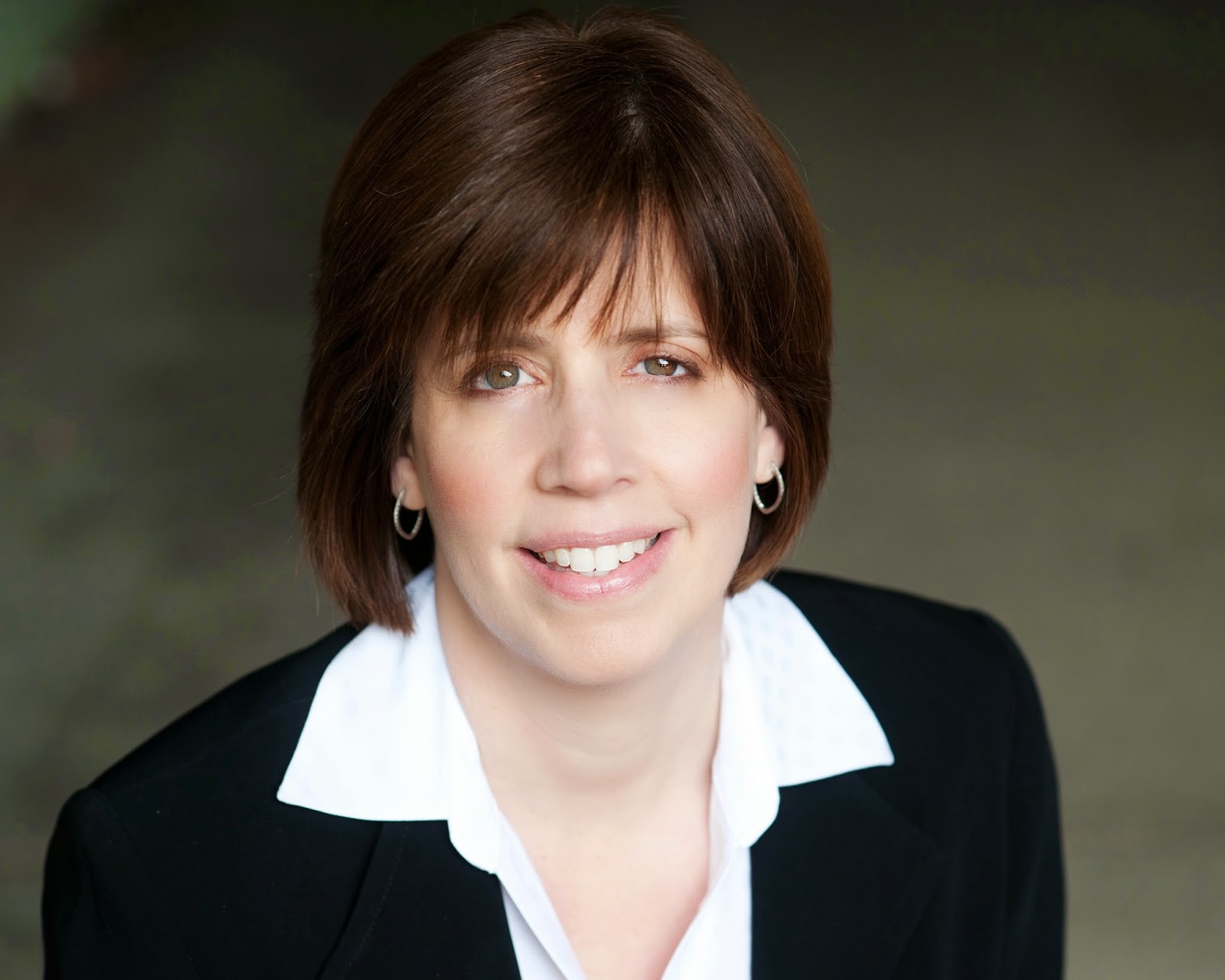 Can You Write a Mystery About Someone Doing Good?
By Dete Meserve

A friend of mine devours a couple of mystery/thriller books a month and regularly watches procedural dramas like “CSI,” “ Law & Order SVU,” and “Criminal Minds” on TV. Over coffee one afternoon, we joked that so much of her reading and entertainment was spent following serial killers and kidnappers that she could almost call herself an expert on them.

She’s not alone. Our newscasts, our newspapers, our books, our primetime entertainment, and many of our films are fixated on murderers, psychopaths, mobsters and other villains. I wonder, why do we spend so much of our time tracking heinous deeds and characters when in real life so many of us are longing for positive news in our complicated world?

Is it because that level of crime is an actual reflection of the world we live in? When you consider that nationwide crime rates have continued to rapidly decline over the past decade that theory doesn’t hold much water.

Do we endure all the morbid details of a gritty mystery simply to see good triumph over evil? To see smart people outwit the criminals?

Or is it more basic than it? Was it possible that chasing a deadly criminal was simply a tried-and-true device to raise the story stakes to their highest potential? After all, it’s hard to find bigger stakes than a serial killer on the loose or a father hunting down his child’s kidnapper.

Whatever the reason, as a reader and a viewer, I grew weary of having to get inside the head of a psychopath in order to sink myself into a mystery. And it seemed to me that the gruesomeness of the crimes was continually escalating: the kidnapper in today’s entertainment is in the sex traffic business, the mobster has a torture chamber, or the serial killer has a fetish about taking the skin off his dead victim’s face. In order to remain “current and edgy,” each story seemed to be increasing the grisly-factor.

Given this environment, could you create a mystery where the lead character is searching for someone who’s doing extraordinary good?

With that question in hand, I set out to write Good Sam, a mystery the follows Los Angeles TV news reporter Kate Bradley who regularly covers disasters, murders and tragedy. When she’s assigned to cover a story about an anonymous Good Samaritan who’s leaving $100,000 cash on strangers’ front porches throughout LA, Kate think such a person must have a motive—something to gain from giving away all that money.

But as she searches for Good Sam, she unravels the powerful reason behind the mysterious cash gifts. The true identity of Good Sam becomes the biggest story of her career, turning her personal and professional life upside down. I hope Good Sam gives readers a compelling mystery without killers, dead bodies or criminals—yet with real stakes, a lot of twists, a romance at the center, and an inspiring story about the search for someone who is truly doing good.

But what I never expected when I wrote the novel was that the search for good would become a pursuit in my real life.

As the novel is gaining attention in social media, friends and strangers have begun telling me about “Good Sams” around the country. Some of these Good Sams are people who performed significant acts of kindness or heroic deeds—for example, a 54-year-old man who stopped another man from jumping from an overpass by holding on to him for two hours. But in the midst of these examples emerge stories of people who have dedicated their lives to helping others on a daily basis: Real-life Good Sams.

Cathy O’Grady performed 318 acts of kindness in Boston in memory of a friend’s husband who passed away after 318 days fighting cancer. Cathy left anonymous gifts for the homeless on park benches and made special kits for the staff at a local hospital. Meanwhile, Daniel Smith in Provo, Utah spent 30 days doing acts of kindness—handing out gift cards in a Wal-Mart parking lot and distributing care packages to the homeless—after losing his job. He now continues those Good Sam deeds in his daily life.

Through the novel, I’ve had the privilege to meet these and other Good Sams, to tell their stories, and to watch as their good deeds inspire others. Now my email inbox is filled with stories of kids selling lemonade and raising thousands of dollars to help others in need, of firefighters making a three-year-old heart transplant patient Fire Chief for the day, of a Good Sam who sent a waitress to nursing school by paying for her tuition.

I’m seeing firsthand that if you go looking for good, you will find it. There are many people doing extraordinary good. Their stories have long been whispers in the midst of the clamors of violence and cruelty which remain at the forefront of our society’s storytelling. But if we amplify those whispers and give voice to their good works, perhaps we can switch focus from killers and crimes and inspire more people to do good alongside these Good Sams.

About the Author
Good Sam is Meserve’s debut novel. When she’s not writing, Dete serves as president of Wind Dancer Films, a film development, finance and production company based in Los Angeles and New York. The company has created such television hits as “Roseanne” and “Home Improvement” along with George Lopez' latest series, “Saint George” on FX. In addition, the company has developed and produced successful features such as What Women Want, the award-winning comedy Bernie starring Jack Black and Academy Award winner Matthew McConaughey, among many other films. Meserve is also actively developing two animated television series, “Jet Propulsion” with Craig Bartlett (creator of “Hey Arnold”) and Antoinette Portis' award-winning book, “Not a Box.” Dete lives in Los Angeles with her husband, three children and a cat that rules them all.