Author A.J. Walkley stops by to chat about her writing career, and her current work in progress, Vuto! 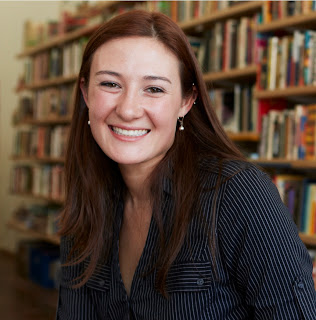 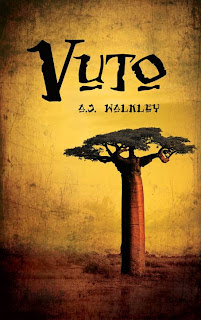 My name is A.J. Walkley and I'm the author of Queer Greer, Choice and the forthcoming Vuto. I currently blog for The Huffington Post out of Arizona, though my heart will always be on the East Coast where I was born and raised.

I have considered myself a writer as far back as I can remember; ever since my parents bought me a journal in the 4th grade, I haven't been able to put my pen down. I constantly feel compelled to write. Just recently, for instance, I was on a plane ride from Phoenix to Dallas when a lovely older woman started talking to me; she told me an hour-long story about how she had extricated herself from an abusive 40-year marriage. It was an incredible story, and as soon as we parted ways, I immediately took out my laptop and began to write it down, embellishing and filling in the parts that she hadn't in the telling of it. I am constantly collecting stories from the world around me and I'm always thinking about what I want to write about next.

My third book, Vuto, will be published in the next several months and I am very excited about it. The story was inspired by my time in the U.S. Peace Corps, stationed in Malawi, Africa. During my time there I became aware of several customs that I had never heard of before, like wife inheritance -- if a husband dies and leaves his wife, she is "inherited" by a male member of his family as an additional wife. One of the strangest traditions from my Western point of view was the two-week rule associated with births. When a woman in a Malawian village gives birth, she must care for her child for its first two weeks without the assistance of her husband; if the child dies during that period of time, the father will never acknowledge he had a child at all. This custom formed the basis of the plot of Vuto. The title character has already buried two children before by herself and we meet her when she's giving birth to her third. Like the first two, this daughter also dies before that two-week mark. Vuto refuses to bow to tradition any longer, overcome with the grief of yet another loss, and forces her husband to acknowledge the baby. This leads to Vuto's banishment -- overseen by a Peace Corps volunteer named Samantha. Samantha takes Vuto in and, when Vuto's husband learns that she has not truly left the village limits, he comes to Samantha's home in the night. Samantha fights to protect Vuto and kills her husband in the process. The two women must go on the run from the village and the Peace Corps, facing many struggles along the way.