Our guest today is Jade Kerrion and her newly released book,
When the Silence Ends! 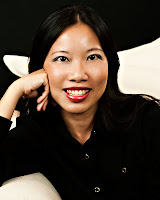 
Young Adult novels abound with extraordinary protagonists. I’m sure that in your travels through books, you’ve met the child of destiny who’s fated to end a war and unite two worlds. You’ve probably also met the quiet kid who doesn’t quite fit in, who discovers his amazing super powers and uses them to save the world. Of course, there’s the protagonist who stumbles upon a mysterious world that coexists alongside her reality, populated by sparkly vampires and handsome werewolves.


I’ve found two major themes running through most YA novels: the first, as I noted above, the extraordinary teenage protagonist, and second, the adults are frequently the enemy, ranging from indifferent parents to murderous despots. Neither of those observations particularly align with my observations of life.


I don’t know about you, but most days, I feel pretty ordinary. When I did go to school, I was something of a geek and somewhat lacking in hand-eye coordination (which is why I danced ballet instead of playing sports involving balls of any sort.) My superpower was an ability to excel on standardized tests (try writing that into a book…) And I don’t know how you feel about it, but adults weren’t really the enemies. Yes, my parents were (and still are) occasionally tiresome, but they were always supportive and loving. The worst thing you could have said about my teachers is that some of them were boring, but still, they were all decent people. Adults have never been the enemy—at least, adults should never be perceived collectively as the enemy. As an adult now, I should know.


So, when I set out to write a YA spin off my award-winning Double Helix series, featuring Dee and her twin brother, Dum, I wanted my readers to appreciate adults in more roles than that of the enemy. Some of them are, of course, but like the real world, there’s a vast spectrum of them; some adults even become Dee’s friends and mentors. More importantly though, I wanted my readers to appreciate the power of ordinary.


Dee, the protagonist of When the Silence Ends, is ordinary. She’s seventeen years old, and she has ordinary concerns that include holding down two jobs to pay the rent, making sure her brother gets to his speech therapy class, and wondering how to pay for college. She lives in a world populated by extraordinary people who possess psychic powers, but unlike Bella who had the good fortune to be loved by a vampire, Dee can never become that kind of extraordinary, now or ever.


They know how to work with others. Rarely are heroes solitary loners. More often than not, they’re talented leaders who understand the value of listening as much as they do the importance of speaking. They inspire with their vision, but they are not too proud to listen to advice or accept help. Most importantly, they care for something beyond themselves.


Dee is that special person—a perfectly ordinary person, surrounded by psychically talented mutants—who finds her own brand of extraordinary. Inspired by her love for her brother Dum, and armed with nothing more than her wits and pepper spray, she navigates the social and political minefield of a world transformed by the Genetic Revolution. In so doing, she changes her life and the lives of those around her.


Here’s to a celebration of being normal and to the power of ordinary. Three cheers for Dee. If she can do it, so can we.


When the Silence Ends (Blurb)


Seventeen-year old Dee wants nothing more than to help her twin brother, Dum, break free from the trauma in their childhood and speak again, but the only person who can help Dum is the alpha empath, Danyael Sabre, whom the U.S. government considers a terrorist and traitor.


The search for Danyael will lead Dee and Dum from the sheltered protection of the Mutant Affairs Council and into the violent, gang-controlled heart of Anacostia. Ensnared by Danyael’s complicated network of friends and enemies, Dee makes her stand in a political and social war that she is ill equipped to fight. What can one human, armed only with her wits and pepper spray, do against the super-powered mutants who dominate the Genetic Revolution?


America, nevertheless, is ripe for change. Exhausted by decades of belligerence between humans and their genetic derivatives, the clones, in vitros, and mutants, society is on the verge of falling apart or growing up. Which path will it choose, and can a mere human, her sassy attitude and smart mouth notwithstanding, light the way to a better future?


In her quest to help her brother become normal, Dee will learn what it means to be extraordinary. When the silence ends, the celebration of life, love, joy, and hope will inspire feet to dance and hearts to sing.


When the Silence Ends is the Young Adult spinoff in the award-winning Double Helix series.


Jade Kerrion unites cutting-edge science and bioethics with fast-paced action in her award-winning Double Helix series. Perfection Unleashed and its sequels, Perfect Betrayal and Perfect Weapon, have been described as “a breakout piece of science fiction” and drawn rave reviews for their originality and vision. Her latest novel, When the Silence Ends, is a Young Adult spinoff the Double Helix series.