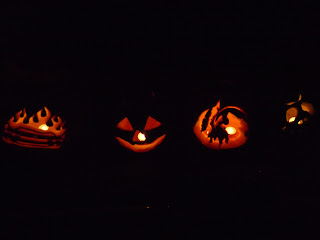 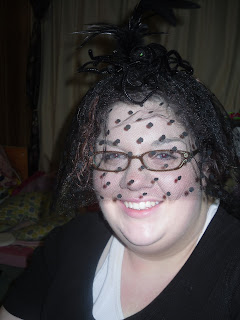 The month of October brings us Jack O’ Lanterns, vampires, candy, and an expanded waist (which sadly will only continue to grow until after Christmas).  One of my favorite things that begins now, in October, is the arrival of fall weather here in Mississippi.  It never gets cold enough for me, but the leaves begin to change and the smell of the crisp fall air lingering makes me so happy!  It always inspires me in some way.  And if you’ve read my books, they usually start in the fall or transition from late summer to fall.


What is it about fall that inspires me?  I think it’s just that time of the year that brings families together, makes you face your fears (zombies for me) at Halloween, and food – lots of it!!  My house usually smells like sweet potatoes baking or freshly baked cookies!  (Which is sadly limited now because of a diet.)  However, we still manage to sneak it in (in healthy ways of course)!


There is just something magical about this time of the year that keeps me writing and reading!  I want to curl up under a blanket and read a good book as the crisp air blows in through the open windows and screen door and while the house smells liked baked goods.  Or, write about how the sun seems distant in the sky or the way the crispness of the air chills my skin – well, character’s skin!   And how see my Basset Hound, George, runs around in the cool air outside – or curled up sleeping, you know Bassets!


There is a pumpkin patch to be explored with my nieces and nephews.  Cute new boots to be worn.  A new purse the color of fall to be bought!  Pumpkins to be carved.


What is your favorite thing about fall?  Does it inspire you?


Now, a short little horror story for your day!  It was chosen as a finalist in a Halloween contest back in college!  I hope you enjoy it!

In the Wink of an Eye

Maggie’s never run this fast before.  She has to get out of these woods alive.  A branch scratches her arm as she runs, and she stumbles over a fallen tree limb.  She keeps going.  Someone, no some thing, is after her.  She’s never seen anything like it before.

There’s no moon shining tonight, and she can’t see where she is going.  But she doesn’t care.  It’s after her and gaining territory.  Maggie runs as fast as her legs will take her, but it is faster.  She doesn’t think that she will be able to last much longer.  This thing will probably kill her before the night ends.

She runs into another branch, pushes it aside, and keeps running.  All she can hear is her heat beating loudly in her ears.  She can't hear the monster.  The thing is extremely quiet.  It came upon her and her friends while they were camping.  They didn't even hear it until it was too late.  It took her two friends, and she has no idea if they are alive or dead.  All Maggie knows is that she has to run.

She picks up pace.  She has to get away from it.  The deeper she goes into the woods, the darker it becomes.  She can't even see the stars shining in the sky.  Maggie's sense of direction is off.  She doesn't know where she is or where she's going.  All she knows is that she has to get away and quick.

Maggie runs for about another mile, but she needs to take a break soon.  Her breathing comes in quick gasps, and her chest tightens.  Every time she takes a breath her chest burns and aches.

She's surrounded by darkness.  What if it is hiding and she can't see it?  Since she can't breathe well, she has to stop running.  She leans against a large tree, gasping for breath.  Maggie tries to listen to her surroundings but finds it difficult to hear anything over the blood rushing through her ears.  Breathe, just breathe.  She inhales and exhales loudly.  And when she's finally caught her breath, she keeps running.

Maggie runs with new zeal and determination.  She has to find a safe place although a small part of her doubts any place will be safe from this monster.  She has to try though.  A small nagging voice tries to force her into believing she will die.  No.  She isn't going to let that happen.  She runs faster.  Her legs ache, and every muscle burns.  She pushes through the pain.

She sees a light ahead, and for once that evening, Maggie feels hopeful.  Someone is going to save her.


No one speaks.  The light comes closer.  She yells again.

No one speaks to her even though it moves closer.  Why isn't this person speaking to her?

Still, no one answers.  She shrugs it off and keeps going anyway.  She's desperate.  She needs to get away from the fiend trying to attack her.  She runs, advancing with each step.

When she sees the person holding the flashlight, she screams.  It isn't a person after all.  It's the thing that's been chasing her.  It stands almost seven feet tall and is dressed in all black.  She turns and runs, but it catches her by the hair and pulls her back.  The fiend makes her look at it.  It holds her against a tree by the neck; the bark is rough against her back.  Maggie tries to turn away, but she can't.  She's forced to look in its eyes.

The eyes of this thing are entrancing, but it doesn't have any other features to its face.  Only its glowing eyes are showing.  Maggie succumbs to defeat although her mind is raging against her, begging her to try and survive, but she has no control over her own body.

It laughs; at least she thinks that it laughs.  It's more like a loud howl.  The thing tightens its grip around her neck.

"Please let me go," she managed to plead, but the words sound hollow.

It shakes its head.  Maggie cries, and the fiend winks at her.

Author Bio:Emerald Barnes graduated with a B.A. in English with an emphasis on Creative Writing at Mississippi University for Women. She resides in a small town in Mississippi and has the accent to prove it.

She's the author of two books. She's constantly working on new novels and has more ideas than she knows what to do with. She blogs at yaindie.com, emeraldbarnes.blogspot.com and ebarnes23.wordpress.com which takes up more of her time than she anticipates but loves it so very much! She's also a volunteer at the World Literary Cafe which is so amazing!

She's an auntie to two beautiful nieces and two handsome nephews who take up the other half of her time, but she couldn't imagine spending her time in any other way!

She's a Whovian, a little bit of a nerd, a reader, a writer, and a family-oriented person. God is number one in her life, and she thanks Him continuously for His love and favor.
Posted by Amy Manemann at 4:50 AM