Interview and Book Giveaway with.... 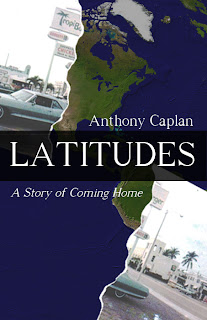 For your chance to win, leave a comment after the interview, don't forget to include your email address.﻿ It's that simple! Winners will be selected June 24th and notified June 25th.


AM - Where are you originally from?


AC - I was born in Venezuela to American parents who were living overseas on what was originally a government travel and study grant. They stayed on and had four kids in something like seven years. My father liked it there. Eventually my parents separated. They were not a match built to last. They used to drink and beat each other. They were both upwardly mobile, well educated, dysfunctional alcoholics. We were the kids you read about in the newspaper who get kidnapped by their parents. But aside from that it was a unique and interesting childhood. I'm bilingual and bicultural. What doesn't kill you makes you stronger.


What inspired you to become a writer?
I liked the idea of telling stories that revealed the truth about the world that adults didn't talk about. I worked as a journalist out of the same impulse. But I think fiction gets closer to the real truth about real human beings. I thought I had something to say and I found through writing that I could understand myself and my relationships better. That's what made it possible for me to continue at times.


What is/are your favorite genre(s)?


I like all writing that comes out of a genuine need to communicate on a deeper level. Ray Bradbury is the prime example of how genres can be meaningless. A good story is a good story. Some literary fiction is tiresome and boring. But so are a lot of romance novels. My taste is pretty eclectic.


Are you currently reading anything?
Billy Lynn's Long Half-time Walk by Ben Fountain. It's a debut novel and he is an awesome spinner of words. I can totally recommend it.


Who or what is the driving force that keeps you going?


She doesn't know this, but it's my wife. She has absolutely no interest in my writing and at times that can be deflating. But she is one of the nicest, genuine and generous human beings you will ever meet. I have no idea why or how she has put up with me for so long.


How do you balance your personal life
with your writing career?
I don't believe I ever achieve a balance. It's a process. I teeter along the rope, and sometimes I fall. One thing I do is listen to my children. You can usually tell when they need help. Then you have to go and catch up. My daughters are very good at catching me up with their lives. My son is a teenager and is harder work.


Tell us about your book.


My latest book is called Latitudes - A Story of Coming Home. It will be published on June 30. It's a coming-of-age story about a boy who overcomes a dysfunctional family, kidnapping, cultural dislocation, social isolation, and discovers a gift for personal exploration and empathy for others.


What made you decide to write your book?
I wanted to write something that would essentially plot itself. So I concentrated on my personal story, basically knowing that there was something there that would clarify after a couple of drafts, then reworked it by rewriting it in the third person, tweaking some of the details and framing it with a first person narrative. For me writing is a lot like building. I'm constantly learning and expanding my structural skill at assembling narrative. This time around I took what was for me a simple story and concentrated on polishing and making it really work for the main character's development.


Do you have any upcoming events or book promotions?


My book Latitudes is being published at the end of June and there are free giveaways on Goodreads and on several blogs, including this one. For more information and links for Latitudes once it is published, check my webpage. Of course, you will find it at all major retailers online and at most bookstores.

Where can people find you and your work on the web?

Anthony, it was a pleasure working with you, thank you  so much for sharing your amazing story with us. I wish you the very best in all of your future endeavors.